Progress Made Toward Goal of 50 MHz Region 1 Allocation

Significant progress was made in preparing for the World Radiocommunication Conference in 2019 (WRC-19) at a two-week meeting at the International Telecommunication Union (ITU) in Geneva in November 2017. However, much remains to be done before the reservations and concerns of regulators and spectrum users are adequately satisfied. The team representing IARU in Working Party (WP) 5A of the ITU Radiocommunication Sector (ITU-R) consisted of amateurs from Australia, Brazil, Canada, Germany, Ireland, Japan, Norway, the Netherlands, United Kingdom and the United States.

For IARU the main focus was on the WRC-19 agenda item which will consider a frequency allocation for the amateur service in Region 1 from 50 to 54 MHz similar to Regions 2 and 3. The current, mainly secondary, allocation 50-52 MHz in most European countries is a regional agreement. During the meeting input documents from IARU, France, the Russian Federation and Switzerland were considered with the following intermediate results:

A rough consensus was achieved on the text which will provide the technical basis for discussions concerning the access to 50-54 MHz for the amateur service in Region 1.

A method for calculating the spectrum needs of the amateur service in 50-54 MHz was proposed by IARU and has been accepted by some administrations. However, more information to justify the requested bandwidth will be required.

For sharing studies, particularly in relation to the land mobile service and radiolocation applications in 50-54 MHz, a mutually agreed propagation model remains to be determined.

No major objections to sharing with analogue television broadcasting in 50-54 MHz in Region 1 remain, provided that a time limited field strength limit is applied.

In addition to an amateur allocation in Region 1 at 50 MHz other key issues for the amateur service at WRC-19 include securing protection for amateur service primary allocations at 24 GHz and 47 GHz and minimising possible interference arising from Wireless Power Transmission for the charging of electric vehicles.

Following the meeting of Working Party 5A and other meetings related to the work of ITU-R Study Group 5 the ITU hosted the first of three planned Inter-Regional Workshops on WRC-19 Preparation. IARU Vice President Ole Garpestad, LA2RR, who also attended the WP 5A meeting, represented the IARU at the workshop to hear reports on progress by the regional telecommunications organizations. 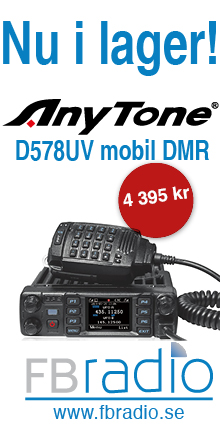